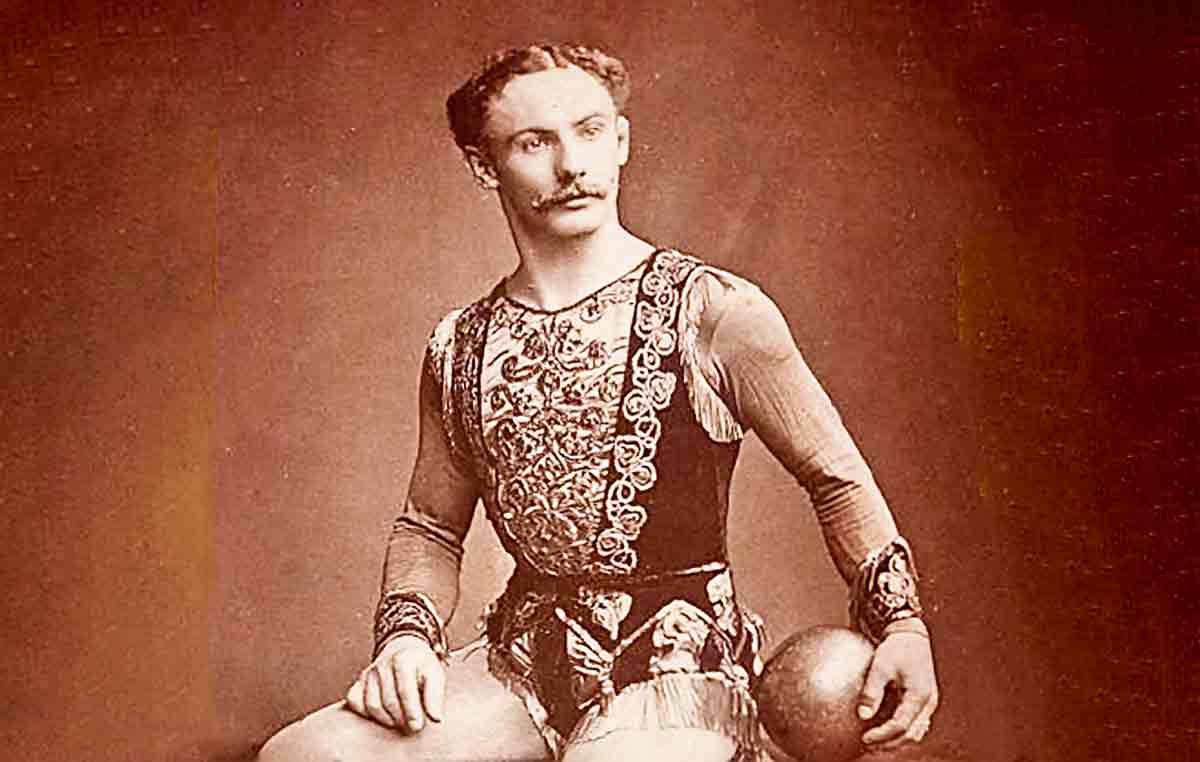 image: Cinquevalli – real name Emil Otto Paul Braun – was a juggler and strongman who lived in Brixton’s Mostyn Road from 1893 until his death in 1918. He performed for 44 years, including an appearance in the first music hall Royal Command Performance in July 1912. He is buried in West Norwood Cemetery.

Christine Beddoe, who received a Research Award in this year’s round of grants, is already starting intensive work to gather information for this project. Can you help? She writes for us here:

Brixton, including Loughborough Road, was home to hundreds, if not thousands, of music hall and variety performers and associated businesses from around the 1850s to the 1960s. Tracey Gregory (Loughborough Road Histories) and Christine Beddoe (legmania.co.uk) have launched the project with the help of one of our Research Awards

The original plan was to launch the findings of the project at next year’s Lambeth Heritage Festival. However, such has been the enthusiasm for the project that Tracey and Chris will be running “Music Hall Wednesday” during this year’s festival in September with talks and panel sessions each Wednesday evening – all online due to ongoing restrictions.

Charlie Holland will give an illustrated talk on three pre-eminent jugglers – the Mongadors, Cinquevalli, and Hanvarr and Lee.

Bill Linskey, chair of the Brixton Society and of the Lambeth Local History Forum, will talk and use his collection of programmes from the Brixton Empress, which stood at the junction of Brighton Terrace and Bernay’s Grove, to showcase the history of Brixton’s main music hall venue.

Alison Young of the British Music Hall Society will join a panel of music hall experts (Alison also received one of our grants in 2017, for research in Bristol and Sheffield into the lives of members of her family who had been music hall and circus performers).

Full details will be in the festival programme due out in August. Anyone with family music hall roots in Brixton or other music hall connections is urged to get in touch by email: brixtonmusichall@gmail.com

Christine Beddoe and Tracey Gregory are also adding their discoveries one by one to the Layers of London website – to follow their progress, bookmark their collection here.