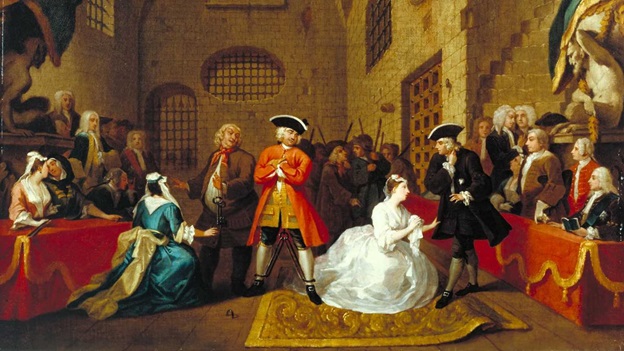 The British Library will host a talk on the British influence on colonial American theatre through the Library’s collection.

Join Jeffery Kennedy for an exploration of the British influence on American theatre in its colonial days. Using highlights from the British Library’s collection, the evening examines Americans’ love of British Ballad Opera, with its rich political satire, and includes a discussion of the first American-written play, The Disappointment.

Jeffery Kennedy is an Associate Professor in the School of Humanities, Arts and Cultural Studies at Arizona State University, where he teaches interdisciplinary arts and performance. He is also the 2019-20 Eccles British Library Fulbright Scholar: during his six-month month residency at the British Library he is researching an interdisciplinary American theatre history text. He has written extensively on the Provincetown Players and Eugene O’Neill, whilst also working as a composer, director, producer, arranger and performer.Sponsored by the Eccles Centre for American Studies at the British Library