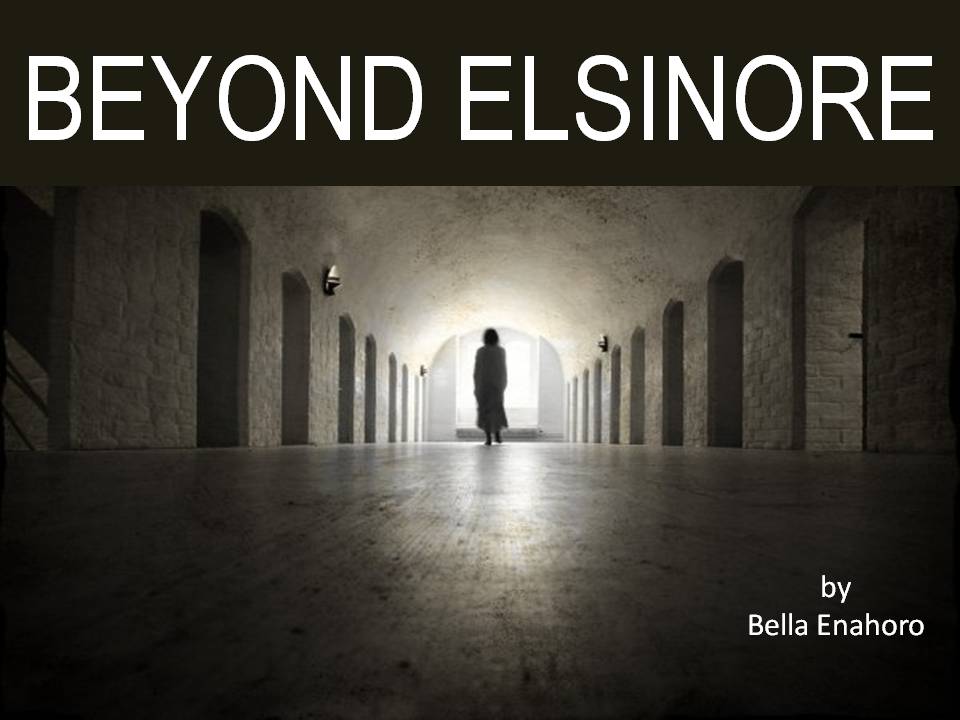 In 2021 Bella Enahoro received one of the STR’s Practitioner Grants to research and develop this project on a different view of Ophelia. Here she writes a review of how that project went and relates some findings.

IN CONVERSATION – SHAKESPEARE AND MILLAIS

Beyond Elsinore opens with two nuns desperately pulling Ophelia out the river with a kicking, splashing, drowning Ophelia which is intended as a direct contradiction to Millais’ Ophelia floating face up in a river in a supine position soon after she has drowned. Her pale palms are turned up, flowers spilling out of one hand. Her eyes open, her lips prettily parted.

Collating my research materials and thinking through the project, I realised that being in conversation with a play that is so dearly loved by the culture and a character that is close to being a cult in and of herself, I was not only in conversation with Shakespeare but also with the Ophelia of the Romantics. Ophelia is one of the most popular Pre-Raphaelite works in the Tate collection – Millais’ iconic painting holds sway. However, I am also working in the footsteps of artists who have centred Shakespearean female characters who have traditionally had no voice or been marginalised.  Ophelia is far from the first Shakespeare female character to get a work of her own.  Some other female characters have come from Sharman Macdonald who wrote After Juliet, focusing on what became of the mysterious Rosaline, Romeo’s ex-flame; Howard Barker gave us both Seven Lears pondering the absence of Lear’s wife and Gertrude – the Cry, with Gertrude portrayed as a sexually voracious, society-defying mastermind behind her husband’s murder; Toni Morrison’s Desdemona and Paula Vogel’s Desdemona: A play about a handkerchief. As soon as I moved Ophelia beyond Shakespeare’s world and put her into her own space and agency, the question became how much iconic imagery would be useful? And further, how do we look at women, women’s power, women and resources and mental health on stage?

Mental Health – as Mimi Ndiweni, Ophelia in the 2018 Royal Shakespeare Company tour directed by Simon Godwin noted “…‘I don’t believe in the idea that people just go crazy.’ Everyone that I know that has been referred to with the term ‘crazy,’ it’s always been because of a miscommunication. So when I was approaching Ophelia, it was about finding the triggers for her that meant that she couldn’t communicate effectively.” In the contemporary world we have a clearer notion of the idea of mental health and I wanted to be clear-eyed about that and certainly not romanticise it. It was then that I realised that I needed to make contact with service providers like MIND who could put forward ideas relating to how a character like Ophelia might lose her sense of language, knowing that their suggestions would be informed by accounts of their lived experience – to add that extra layer of authenticity.  Going forward this is a key element to bear in mind. However it was in itself an exciting discovery.

Worlds beyond the Palace – A great deal happens in Hamlet -“carnal, bloody and unnatural acts,” as Horatio says – and I wanted to keep that sense of turmoil by taking Ophelia, once she leaves the palace, into difficult and challenging spaces. Whilst it was clear that Ophelia would be in the nunnery – what would this mean? She’s coming to the nunnery sick and without resources. That would surely affect her position. Exploring the different worlds into which I was placing Ophelia who by her own admission knows only how to ‘sew and read’ brought up interesting questions of women, agency, skills, resources and resourcefulness and how we usually see that staged.

The writing process was exciting – the first obvious challenge was determining how the characters talk to each other. Not wanting to rely heavily on the language of Shakespeare, but also not wanting dialogue to be muted down to a generic level. I was looking for a language in the play that ran counter to the romance of Shakespeare and the romance of Millais’ painting without losing the beauty of either. How could I use language, music and visuals in such a way that they did not overwhelm or undermine each other but support each other with all elements moving the story forward? At some point it became clear to me that Ophelia herself would be using language in a disjointed way which would allow the actor playing Ophelia both to struggle for meaning and erupt in pure meaning. Ophelia should have no filter. It became clear to me that key to the success of the project would be workshops for the language, in which a small group of actors would simply speak and play with the language to see what happens.  Working post-Covid, there was a lot of babbling going on – largely due to the pent-up energy from over 18 months of lock-down – interestingly, this highly-excitable flow of language found its way into the piece.

The completion of the first draft – could more properly be called a ‘workshoppable’ draft which was exciting because it left room for actors to improvise and new ideas to emerge. Before I went into working with the actors, an exciting idea emerged which was how to work with a videographer.  I wanted to explore the idea that Ophelia loses her voice but that images were clear to her.

Having developed a solid foundation, I feel confident to expand on the project. Although the work of this first 6 months was challenging it has opened up further possibilities, all of which are exciting.

Progress has been made and I feel confident of having a robust draft of the play allowing me to develop a strategy to send it out to prime venues both in London and the regional theatres, as well us sourcing new project partners. Further options have been discussed to include an audio version with the text and music. Overall, I am more than pleased with what we have achieved and believe the play now has exciting and viable possibilities going forward. I am immensely grateful to the STR for their funding and support. This project is part of my ongoing practice as research and the grant has enabled me to build the foundation for a piece to take into full production.