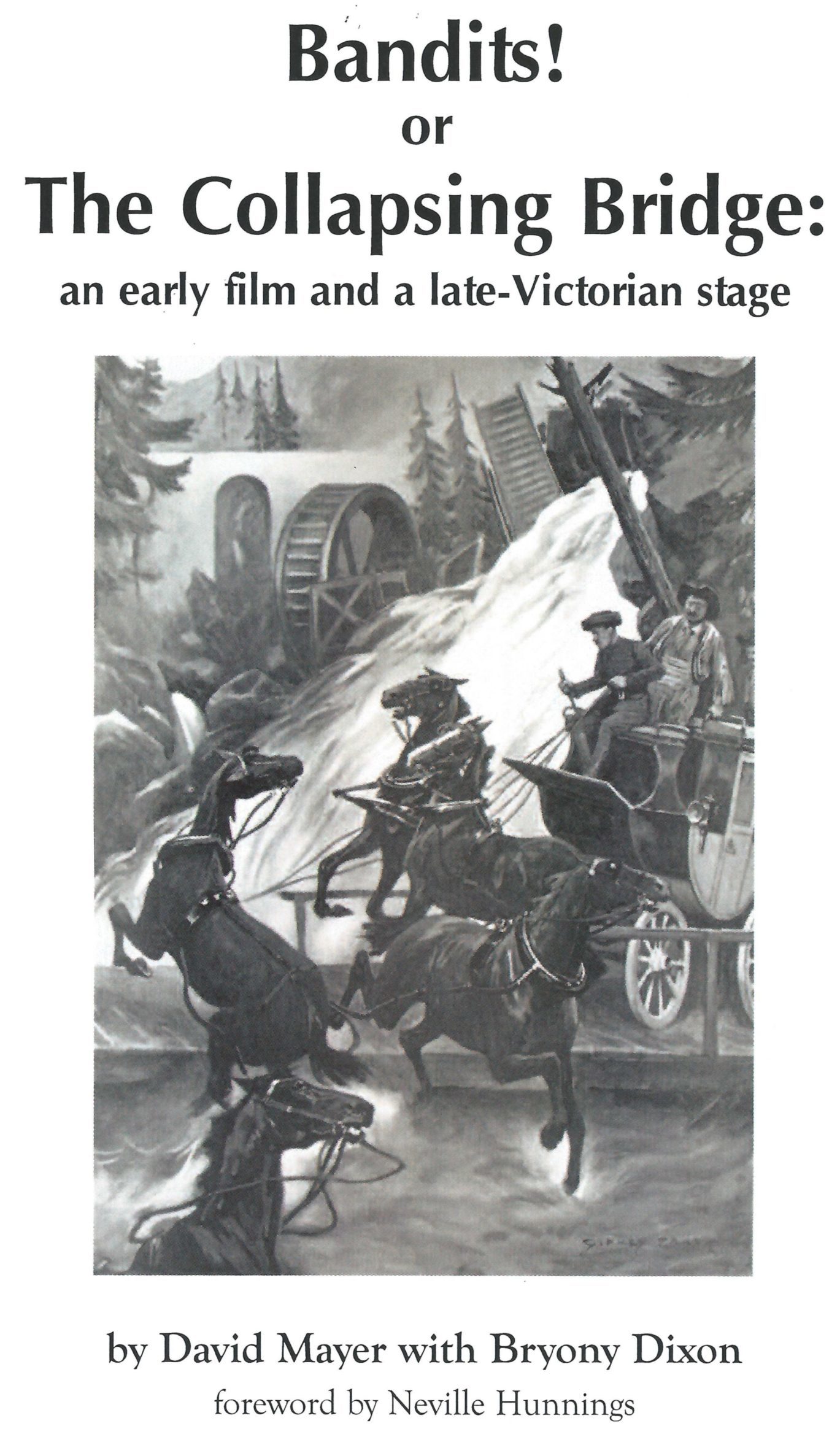 Bandits! or, The Collapsing Bridge, the STR members’ subscription publication for 2015, centres on the earliest extant motion picture filmed in a British theatre. Brief but amazingly eventful, it records the conclusion of The Bandits, a London Hippodrome sketch performed in 1902: armed soldiers give chase; a bandit queen fires a pistol; a mill explodes into flame; a bridge collapses in the millrush; a carriage and horses plunge into the millpond. All this – and more – can be seen on eighty-seven feet of celluloid surviving at the British Film Institute! The filmclip was made early in a decade of melodramatic sketches that were given sensational presentation at the London Hippodrome between 1900 and 1909. The Hippodrome was then a major London variety theatre, and sketches like The Bandits were literally showstoppers, designed to bring the twice-daily bill to a thrilling conclusion as scenery collapsed, water rushed, and animals cavorted.

Bandits! or, The Collapsing Bridge is a multi-media publication. An amply illustrated booklet offers an authoritative account of the Hippodrome sketches with their spectacular effects and stage machinery. It also presents a lightly edited performance text of The Sands o’ Dee, the only Hippodrome sketch for which a script is known to survive. The CD accompanying the booklet reproduces both the BFI filmclip of The Bandits and also digital images, easily enlargeable, of the illustrations that are printed in the booklet.

Bandits! or, The Collapsing Bridge is the product of cross-disciplinary collaboration among: David Mayer, who is Emeritus Professor of Drama in the University of Manchester; Bryony Dixon, who is Curator of Silent Film at the British Film Institute; and Neville Hunnings, who is Vice-President of the Society for Theatre Research.