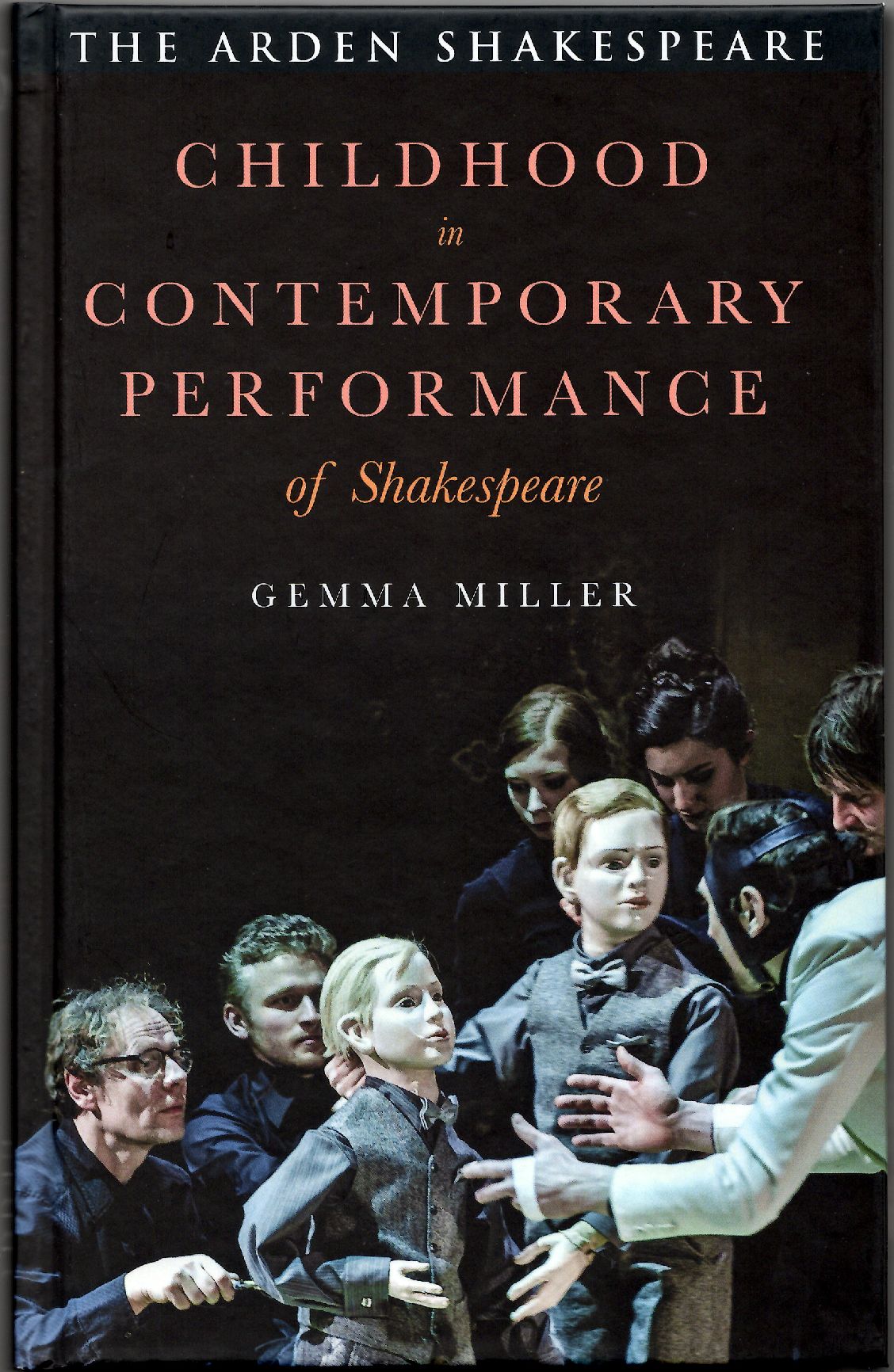 Gemma Miller, of Kings College London, received an award in 2019 for image rights connected with her monograph – which was published on April 16th 2020. Place your orders (or get your library to place an order) now!  She writes:

The award I received from STR was used to purchase image rights for my monograph, Childhood in Contemporary Performance of Shakespeare published with The Arden Shakespeare in April 2020. The book evolved from my PhD at King’s College London, which I obtained in January 2018.  Although there has been much interest in early modern child players and the children of Shakespeare’s plays over the past two decades, the subject of Shakespeare’s children in contemporary performance on stage and screen had yet to be fully explored. My monograph aims to address this research gap.

Child characters feature more numerously and prominently in the Shakespearean canon than in that of any other early modern playwright. Focusing on stage and film productions from the past four decades, my monograph addresses how Shakespeare’s child characters are reflected, refracted and reinterpreted in performance. By adopting an inter-disciplinary approach that incorporates close reading, semiotics, childhood studies, queer theory and performance studies, I explore how a close analysis of Shakespeare’s child characters, both in the text and in performance, can reveal often uncomfortable truths about contemporary ideas of childhood, as well as offer fresh insights into the plays.

Much of my analysis includes description of costume, gestures, facial expressions and stage properties. It was thus essential to include images in my monograph to provide a visual prompt for readers. The productions covered in my monograph range across the genres of television, theatre and film and I sourced a total of sixteen images from six different sources. This would have amounted to a great personal expense without the generous award from STR.

My next project is to co-organise a seminar for the Shakespeare Association of America conference 2021 in Austin, Texas. The seminar aims to explore how child studies intersects with the many versions of play in early modern drama / literature. The aim of the seminar is to approach early modern children and child figures as players as a means of exploring how period drama depicted, questioned, and constructed the contradictions of childhood as a social role.

Does your own research include topics that might be eligible for one of our Research Awards? Find out more here

This year’s Awards are now closed and the results will be announced in May. However, there is always next year – applications will be invited in about November of this year for distribution in 2021, so keep an eye on the website for that announcement.